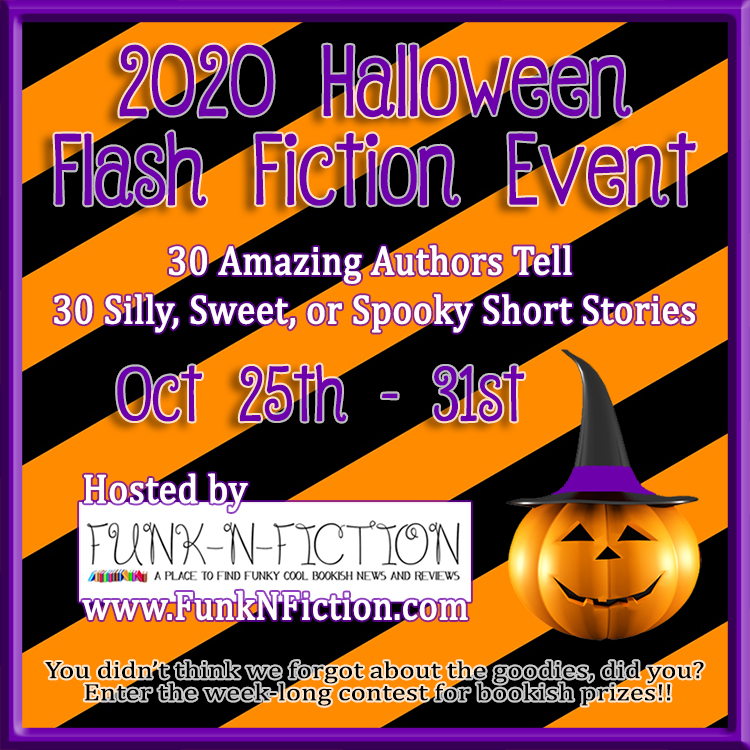 As part of the Funk-N-Fiction Halloween Flash Fiction Event, we’re showcasing a few of the participating authors who are also 2021 Coastal Magic Convention Featured Authors! Today’s next short story comes from Gail Z Martin (a seasonal glimpse into her [Morgan Brice’s] Witchbane world), and was inspired by this image…

Sweet on You by Morgan Brice

Seth Tanner leaned on his shovel after they filled in the last of the grave dirt. His hunting partner and serious boyfriend, Evan Malone, gave the mound a couple smacks with the flat of his shovel before standing back from the night’s work.

“Can’t believe we’re salting and burning a body the night before Halloween,” Seth said, shaking his head. “Just a little too seasonal—you know?”

Evan shrugged and wiped a lock of hair out of his eyes, leaving a streak of dirt behind. “Couldn’t really let the poltergeist ruin another Trick-or-Treat night by throwing rocks at people. It kinda worked out.”

“I know we’ve got bigger fish to fry—finding the rest of the witch disciples—but it felt good to do something so open-and-shut,” Seth said, gathering up their equipment and stuffing smaller items back in their gear bag, then hefting it onto his shoulder and grabbing his shovel. Evan took the lantern and led the way back to their truck.

The old graveyard looked like something out of a horror movie, Seth thought. Lit only by moonlight, shadows stretched long and dark from the obelisks and mausoleums, pooling beneath old trees. The town of Landon wasn’t large, but its cemetery dated back to the 1700s, with rows of weathered stones and more than a couple creepy angel statues. Dry leaves rustled, caught by the wind, and the sound sent a chill down Seth’s back

“So, what was your favorite Halloween costume when you were a kid?” Seth asked, in an attempt to shift the mood.

“Uh, I never got to go trick-or-treating,” Evan replied. “My dad went a little crazy religious when he figured out something had been killing off the men in our family, and the church he picked didn’t hold with Halloween.” He didn’t need to say the rest, that they didn’t hold with being gay, either, which was why Evan had ended up kicked out of his home and community at seventeen.

Evan shook his head. “Don’t be. That was a long time ago. They put on a ‘fall festival’ with games and contests and candy…it was okay, but I always thought the costumes and walking around from house to house looked like more fun.”

“Jesse and I used to plan our costumes all year,” Seth recalled, his voice going softer when he mentioned his late brother, whose death started him on the quest for vengeance against the coven of dark witches responsible. “We’d change our minds a million times. Superheroes. Monsters. TV characters. Then we’d drag mom to the store as soon as the Halloween displays were up and buy the outfits. We weren’t allowed to wear them before Trick-or-Treat night, but after that, we’d run around the house like maniacs acting out these wild stories we’d come up with.”

He sighed, warm with the memories that were now bittersweet. Avenging Jesse’s death wouldn’t bring his brother back, but it stopped the murders of more men targeted by the witches—like Evan had been.

They climbed into the truck and drove back to the campground where they had parked their RV. Orange and purple strings of lights adorned the front entrance, and the community building was decorated with pumpkins, hay bales, corn shocks, scarecrows, and ghosts.

“If I’d have known, I would have gotten us tickets to a masquerade party,” Seth said. “Just so you had the experience of dressing up at least once.”

Evan chuckled. “We hunt dark witches and ghosts and monsters in real life, Seth. That’s enough Halloween for me.”

“But we don’t get candy,” Seth pointed out.

“Dude, we’re grown-ass adults. We can buy our own candy—kinds we actually like—instead of hoping total strangers don’t give us black licorice and those crappy star mints,” Evan countered.

They showered and fell into bed, exhausted, but Seth’s thoughts rambled as he waited to fall asleep. He lay listening to the steady rise and fall of his lover’s breathing and remembered something he’d seen when they first got to town. Seth smiled as a plan came together.

The next morning, Seth slipped out early, leaving Evan still asleep. He eased the truck out of its parking space, hoping Evan wouldn’t hear the rumble of the engine, and headed into town.

Landon was the kind of town that belonged in a Hallmark movie, with a pretty park in the center and streets lined with well-kept buildings ranging from beautiful Victorian houses to turn-of-the-last-century storefronts. When he’d chosen the campground for their long weekend, he’d focused more on the nearby restaurants and hiking trails. Then a poster on the bulletin board at the grocery store caught his eye when he stopped for supplies.

Seth retraced his steps, and found what he was looking for. Spooktacular Landon—fun for all ages, the poster read. He scanned the events and times, decided it was exactly what he had in mind, and purchased the tickets. Then he headed out with a checklist of things to do and a plan to make this Evan’s best Halloween ever.

“Where’d you go?” Evan asked when Seth walked into the RV, juggling a tray with two pumpkin spice lattes and a bag of pumpkin and cream cheese muffins from the coffee shop downtown.

“I went to pick up some treats,” he said with a grin, unloading onto the table. “Including this.” He tossed a large bag of bite-sized chocolate bars at Evan, who caught it before he realized what it was.

“I found a bag that has all your favorites in one place,” Seth replied, still pleased with himself for that unexpected win. “And a bag of gummy worms for me, so I won’t be tempted to steal your stash.”

“Thanks,” Evan said, still looking a little perplexed. He took a sip of his latte while Seth unwrapped the muffins.

“Wow. Everything smells fantastic. Thanks for making the trek into town.”

Seth pulled him close and kissed him. “For one thing, it’s sort of our anniversary. And I figured we should do Halloween up right.”

One year ago, Evan had nearly been sacrificed by a dark witch seeking immortality. Seth had almost died rescuing Evan, and despite having only known each other for a few days, their connection was so strong they went on the road together to finish Seth’s quest. These past months had been full of travel, danger, and more than a few terrifying moments, but they had also strengthened Seth and Evan’s bond, affirmed their love, and deepened their commitment. Seth couldn’t imagine not having Evan in his life, and he wanted to make this anniversary one to remember.

Evan kissed him back, tasting of toothpaste and coffee, hair still damp from the shower. “Umm. I like the sound of that. I can think of a lot of sweet things I’d like to do with you.”

Seth gave his ass a squeeze. “Hold that thought. We’ve got a busy day ahead of us.” He kissed Evan again lightly, then drew back, settling in at the table with his latte and muffin.

“We do?” Evan looked adorably confused.

Seth nodded over his mouthful of muffin and washed it down with the coffee. “Yep. There’s a corn maze just outside of town with a pumpkin patch, hayrides, and hot cider. It’s got an on-site pig roast, so that means good barbecue for lunch. They even make their own caramel apples,” he said, grinning.

“Then this afternoon, the whole town has an all-ages ‘Spooktacular’—the tickets raise money for the high school band—and all those cool little shops you saw on the way in have special sales and window displays, and they give out candy,” Seth added like he was imparting a secret.

“I figured we should skip the haunted house, in case reflexes kick in—I’d hate to lay out some poor drama major in a monster costume for jumping out at me,” Seth continued. Evan nodded with a dazed expression. “The zombie parade should be okay though.

“Then we have dinner at this little Italian restaurant that has a Halloween masquerade theme and waiters wearing those cool Venetian masks,” Seth went on. “Tonight there’s a ‘monster mash’ concert in the park, a marching band parade, and then the community theater is doing its annual performance of Rocky Horror Picture Show—they even hand out all the stuff you’re supposed to throw, since it’s held outdoors.”

Seth’s smile turned seductive. “And then we come home, and I plan to work my wicked wiles on you.” He licked his lips, knowing that always got to Evan.

“Wow. That’s sorta like making up for a lifetime of Halloweens in one day,” Evan said, reaching out for Seth’s hand. “Did you plan this when you picked the campground?”

Seth grinned, glad Evan seemed on board with his plan. “Not really. I just wanted a town with some nice scenery and good places to eat. But I saw a poster, and you said that about not getting to go when you were a kid, and it all just sort of fell into place.” He hesitated, suddenly nervous. “Is that okay?”

Evan leaned across the table, and this time when they kissed, he tasted of pumpkin and spice. “It’s more than okay. I love it. But I love you even more.” He sat back down and took Seth’s hand, tangling their fingers together.

“I know this last year has been crazy. We’ve nearly gotten killed more times than I can count, and I’ve been scared out of my wits plenty, too. But we’ve made new friends, seen some great towns, gotten my graphic design company going, and saved a bunch of people. More than that, we’re alive and together. I never thought I’d find someone like you,” Evan confided.

“So…yes to everything. It sounds like a great day.” He dropped his voice and leaned closer. “But save some energy for afterward, because I’ve got some sinfully sweet things in mind for going bump in the night.” If you like Seth and Evan, read more of their adventures in my Witchbane series! 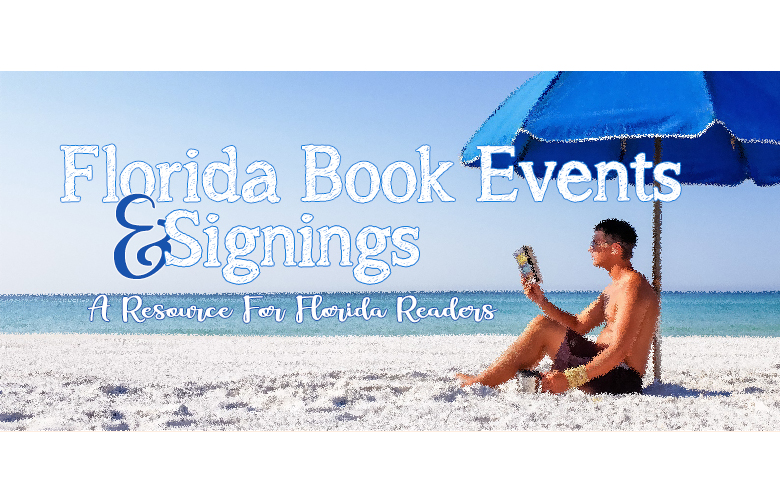 I'ma try to be a billionaire, y'all!! Heck... I don't even need all that... I'ma try to be a millionaire or a thousandaire!!!
Today's pickins from my-tomato-baby-Larry!!
Testing... testing... @mybfftina can you hear me?? LOL (How 'bout you, @dolorianne ?)
Messy shot through the windshield, but still pretty.
Ha! Just spotted this on a friend's timeline...
The damage done already, and that WILL still be done (watch... they're not finished breaking things... believe that...) will take so very long to repair.